Besides the major scale, which you have already got to know, there is also the minor scale. In this article you will get to know the three minor scales: natural minor, harmonic minor and melodic minor. The main difference to the major scale is that it contains the minor third and not the major third.

The A natural minor scale (or Aeolian minor) contains the same notes as the C major scale, except that the root note/reference is A this time, not C.
Considered as a series of half steps (hs) and whole steps (ws) steps, the natural minor scale is constructed as follows:

What we have in the major scale, but not in the minor scale, of course, is the major seventh, which is the leading note leading to the fundamental.

You might notice this yourself if you compare the minor with the major scale by playing both scales from one fundamental to the next upwards. At which scale you feel more “arrived at” in the end. At which scale do you feel the root note is more of a resting point?

The a-harmonic minor scale differs from the natural minor scale only in the major seventh.

The special thing about it is that it does not only consist of half and whole tone steps, because there is a minor third between the minor sixth and the major seventh.

It is therefore structured as follows:

In the harmonic-minor scale, the minor third between the minor sixth and major seventh stands out and interrupts the melodic flow between the whole and half steps.

If you now increase the major sixth by a semitone, you get the Melodic-Minor scale, which consists solely of whole and semitone steps, but is derived from the Natural-Minor scale and contains the major seventh as the leading note.

The a-melodic minor scale differs from the major scale only in one note, the minor ore.
Considered as a series of half (hs) and whole steps (ws), the Melodic Minor scale is constructed as follows:

The important intervals to distinguish them from the rest of the minor scales are major sixth and major seventh. However, you may find that it is easier to derive it from the major scale.

Sound of the minor scales

In general all scales have a minor character due to the minor third. Many associate minor with sad, although the Latin term it originates from means “soft”. Based on the theoretical knowledge you now have about the scales, you can find out what they are like for yourself by playing them.

Harmonic minor is the scale that is most clearly distinguished from the other scales by the minor third between the minor sixth and major seventh. This peculiarity produces above all rather an “unusual” ” uncommon” or “oriental” sound.

When you hear the Melodic Minor scale, you might think at first “sounds like the major scale but one note was somehow different”, since it differs from the major scale only in the third.
With natural minor you might associate a very soft and melancholic sound without the major seventh as a typical leading note.

In general it is not so easy, due to the sad character, to find pieces in minor key, which we know from our childhood. The same is true for advertising. After all, companies do not want their product to be associated with a rather darker sad feeling.

It’s different with films. It is specifically due to its melancholic or even sad character that the minor key sound complements precisely these passages in films and intensifies the feelings generated by the plot. An example of this is “Comptine d’un autre été” from the film The Fabulous World of Amelie. Here you can clearly see the E minor chord in the left hand at the beginning, while the right hand uses only the notes of the E natural minor scale.

But also for composers, writing pieces in major is much easier. This also explains why there are fewer pieces in minor. With the natural minor scale, for example, the problem arises that the 5th degree (dominant) does not consist of a major triad. Only with harmonic/melodic minor the 5th degree is in major. Here, however, we move away from the natural minor scale, which is actually related to the major scale.

This is only one of the problems that do not occur in major.

Tip: The minor scales are of course also suitable for the finger exercises that you have already learned about the major scale. 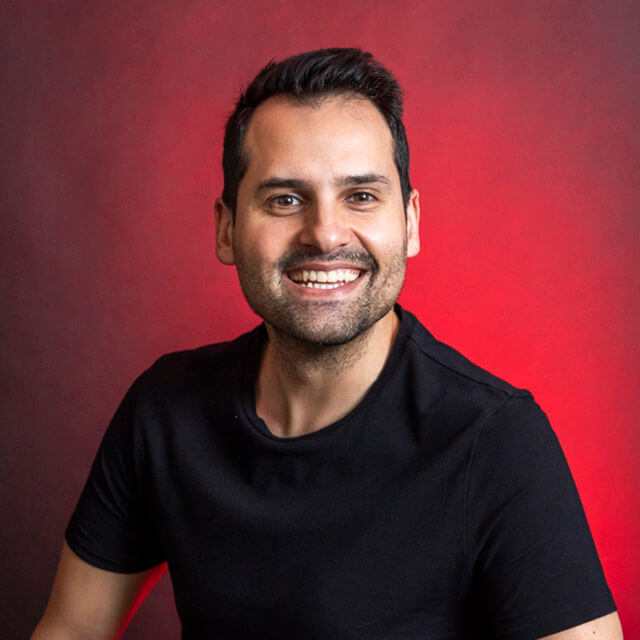 Related Posts
String bends on the electric guitar: pulling strings like a pro

Bending is an essential technique for rock and blues. Learn how to pull the strings on the electric guitar. Plus: 6 tips for improving your technique.

Learn guitar
Changing the strings on acoustic and electric guitars

We will show you how to put on the strings of your classic guitar or electric guitar in just a few steps.

Learn guitar
The architecture of a guitar: From the guitar headstock and scale length to the sound hole

Wondering about the construction of your classic or electric guitar? We show you the structure with graphics in detail.